Resolutions are an essential tool for demonstrating grassroots support for Solutionary Rail. Please take a look below at those passed by labor and environmental groups and legislative bodies - and work with us to pass one in your community!

Resolution in Support of “Solutionary Rail”

WHEREAS, rail transportation is the most energy efficient, least environmentally disruptive, and safest form of transportation known to humanity; and 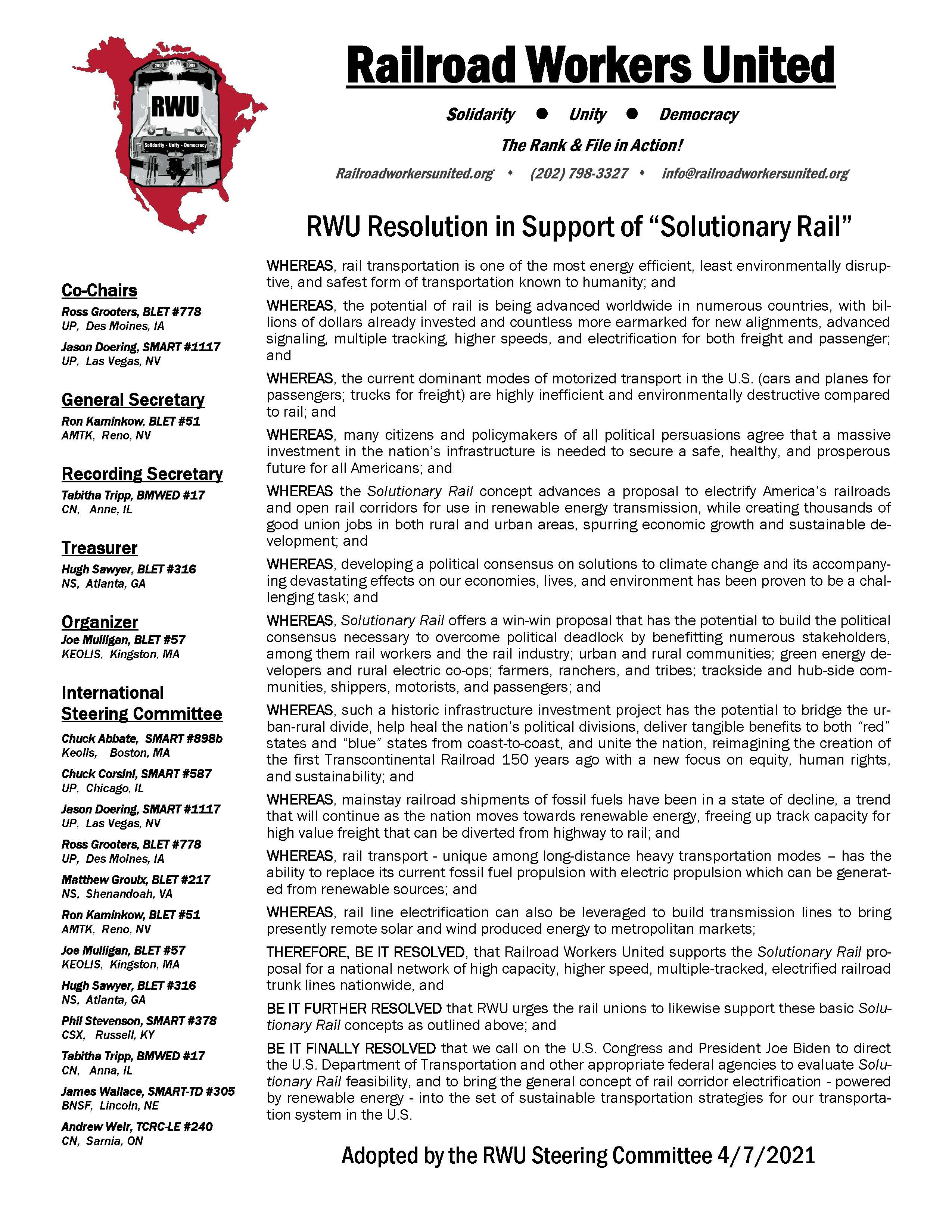 February 5, 2021, the Toiyabe Chapter of the Sierra Club, headquartered in Reno NV, adopted this resolution of support for Solutionary Rail.

"By expanding and electrifying our national rail systems, we can drastically reduce carbon emissions while at the same time providing a renewable energy transmission network." 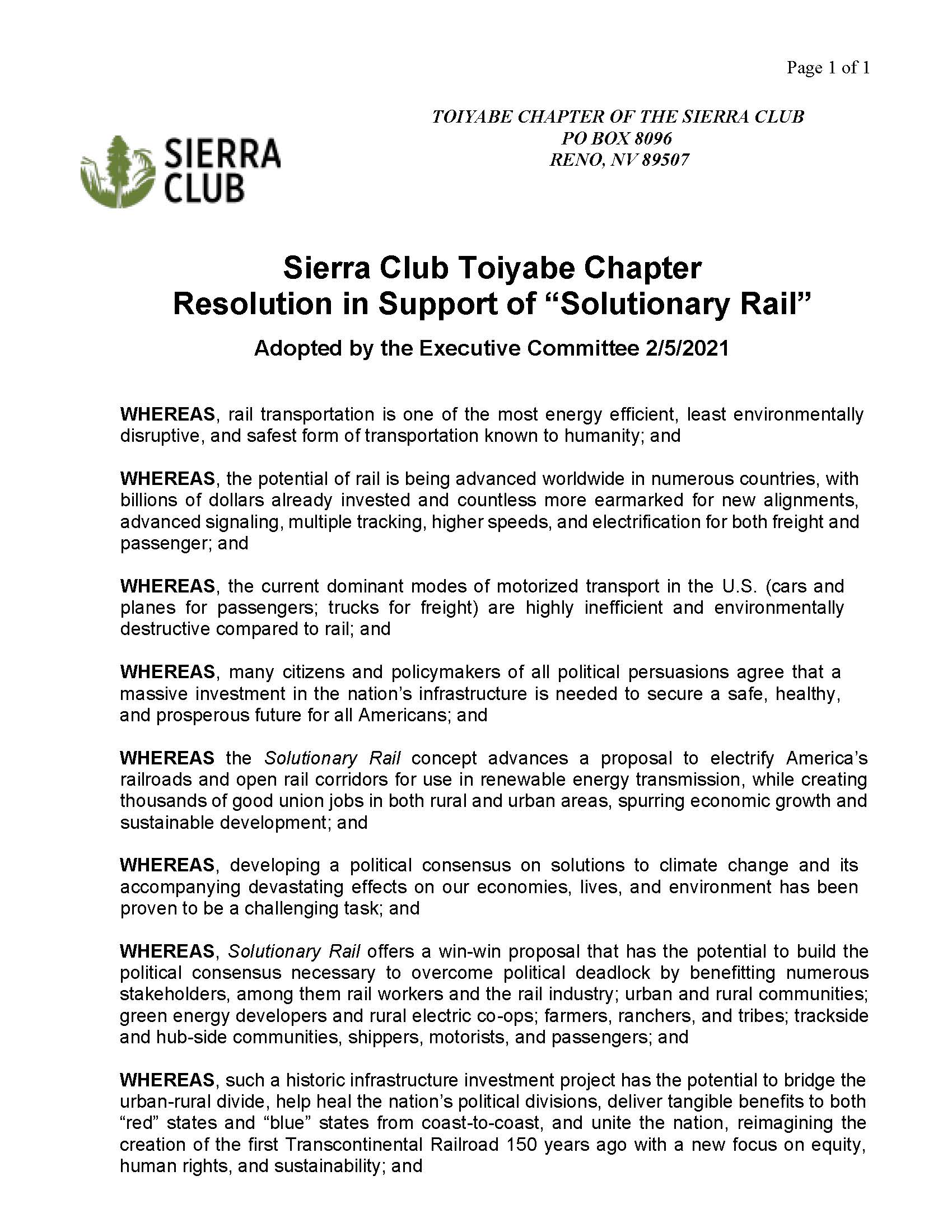 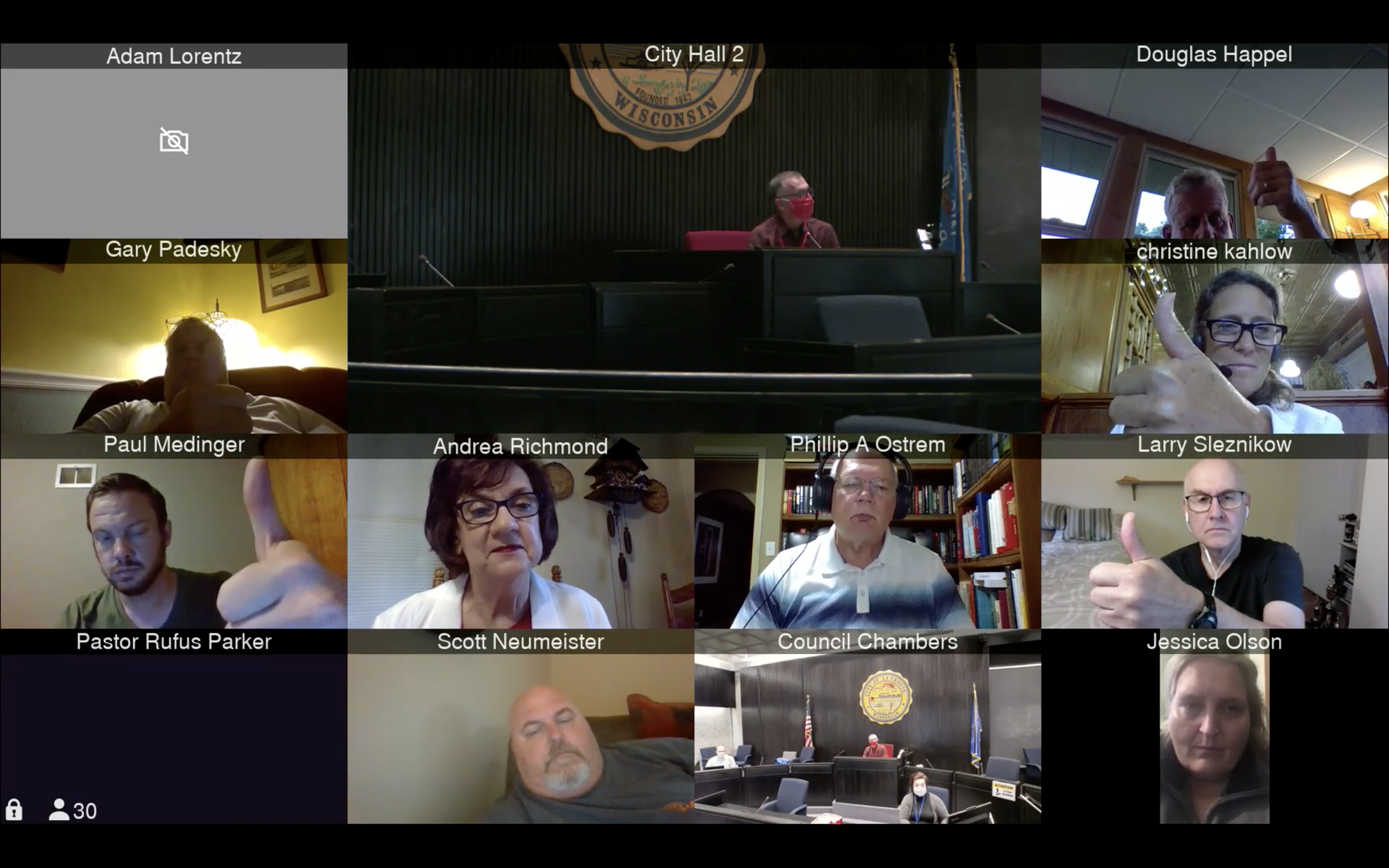 To read the Resolution passed by the City of LaCrosse, in support of Solutionary Rail, CLICK HERE.

On July 9, 2020 La Crosse, Wisconsin became the first city in the country to pass a municipal resolution in support of Solutionary Rail! And they did so after being urged by BNSF to reject the resolution. The effort was initiated by City of La Crosse Environmental Planner employee Lewis Kuhlman, an urban and environmental planner who has an affinity for rail. Kuhlman, disappointed by Governor Scott Walker's undermining of the high speed rail project from the Twin Cities to Chicago, found some solace when he learned about Solutionary Rail.

Railroad companies were drawn deeply into the fossil fuel economy when the US government created the Interstate Highway system.  The creation of a publicly subsidized highway infrastructure was a major cause of high value freight abandoning trains for trucks.  Coal was the customer that saved the railroads.

The dependency of rail companies on heavy commodities like oil and coal, did away with regular schedules.  Freight trains now depart when deemed full.  Not having regular work schedules is a systemic cause of a fatigue-plagued, unsafe work environment that endangers workers, our communities and the environment.  Because this problem is inherent to the way railroads do business, it is not something that can be negotiated or regulated away.  That risk has until recently been unquestioned, assumed acceptable for lack of an alternative.  The nearly catastrophic Mosier, Oregon derailment and explosion of June 2016 fueled a growing public awareness of “bomb trains.”  People are asking serious questions about the risks and role of the current freight rail business model.  Rail electrification provides a timely alternative to move beyond dependence on bulk fossil fuel transportation.

In May 2017, the Washington State Chapter of the Sierra Club adopted this Resolution of support for Solutionary Rail.

WHEREAS, coal and oil create climate disrupting carbon pollution and must be phased out, underscoring the need for new rail cargo markets;