Press Release: Campaign for rail electrification in US to unite unlikely allies launches in Tacoma, Jan 7, 2017

[Author and activist co-founder of 350.org Bill McKibben sent this video message to the Solutionary Rail Campaign launch event January 7, 2017. Checkout the press release and website, to see if you want to join the team. All aboard! ]

FOR IMMEDIATE RELEASE:
Campaign for rail electrification in US to unite unlikely allies launches in Tacoma, Jan 7, 2017 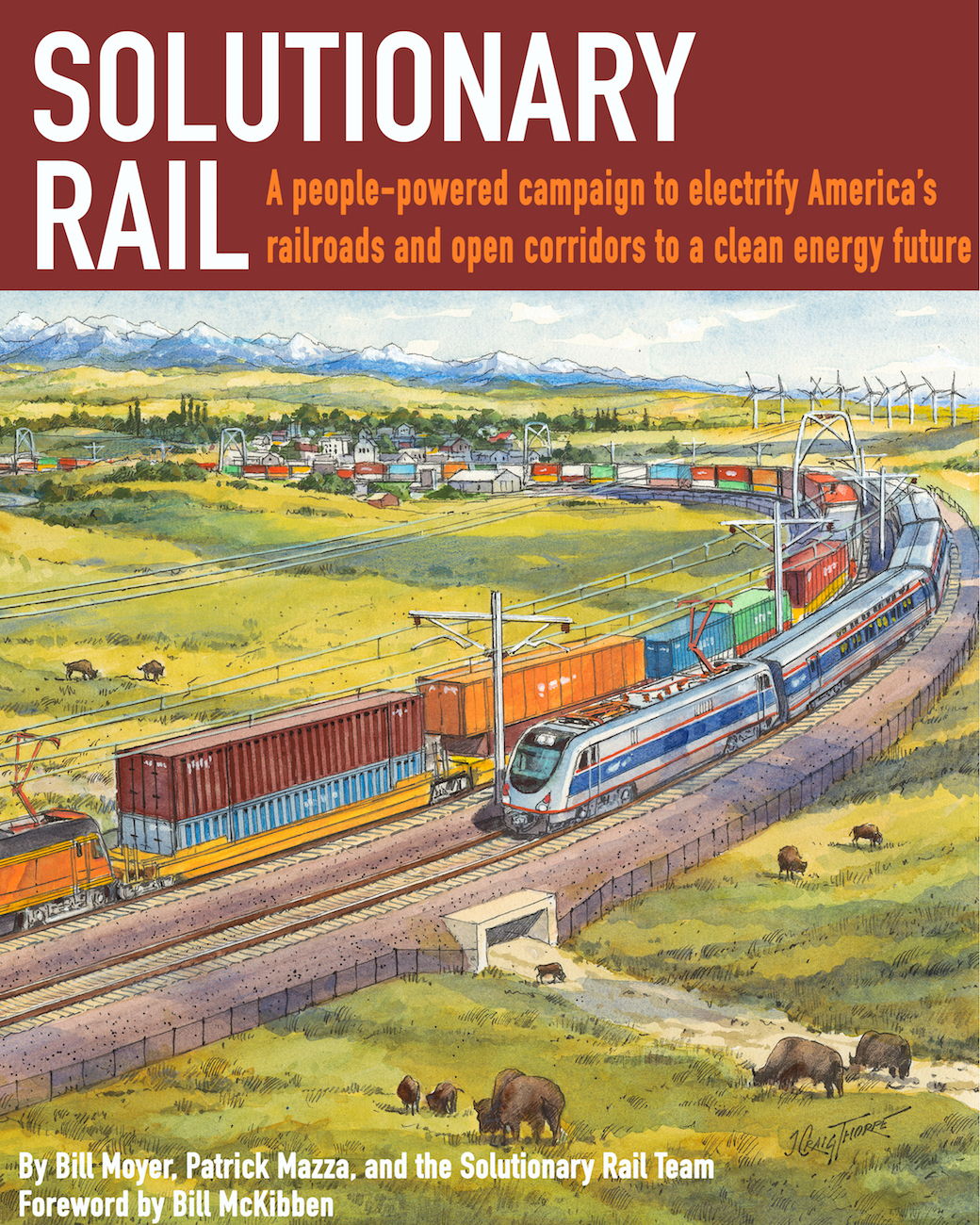 On January 7, 2017 from 3-5 pm (Pacific) amidst glass art by Chihuly, the organizers of the Solutionary Rail campaign are holding a launch party for the campaign and celebration of the publication of their new book in Tacoma, Washington's historic Union Station . Climate activist Bill McKibben, who wrote the foreword to the Solutionary Rail book will be greeting people by video.  The team that authored the book will present an overview of the plan and strategy moving forward.  Allies will give testimonials of support amidst music and merriment.  Admission to the event is FREE, but an RSVP is required to attend. 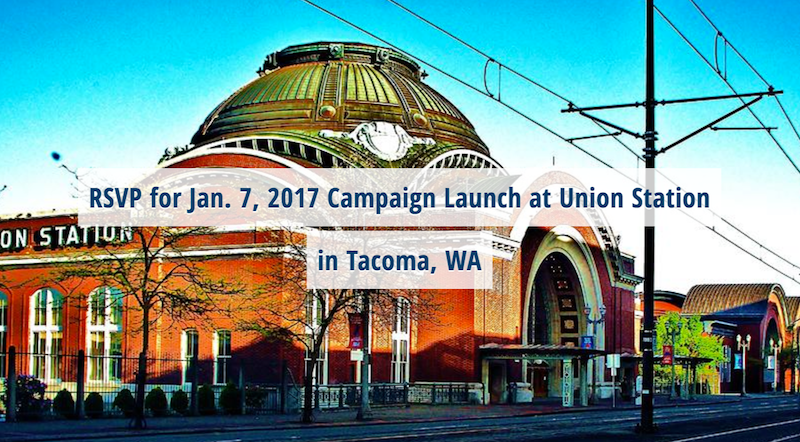 Below is the front cover of the book.  Additional resources, artwork and captions for publication can be found at: http://www.solutionaryrail.org/resourcesHigh resolution (color and black&white) versions of the artwork available HERE.More review quotes HERE 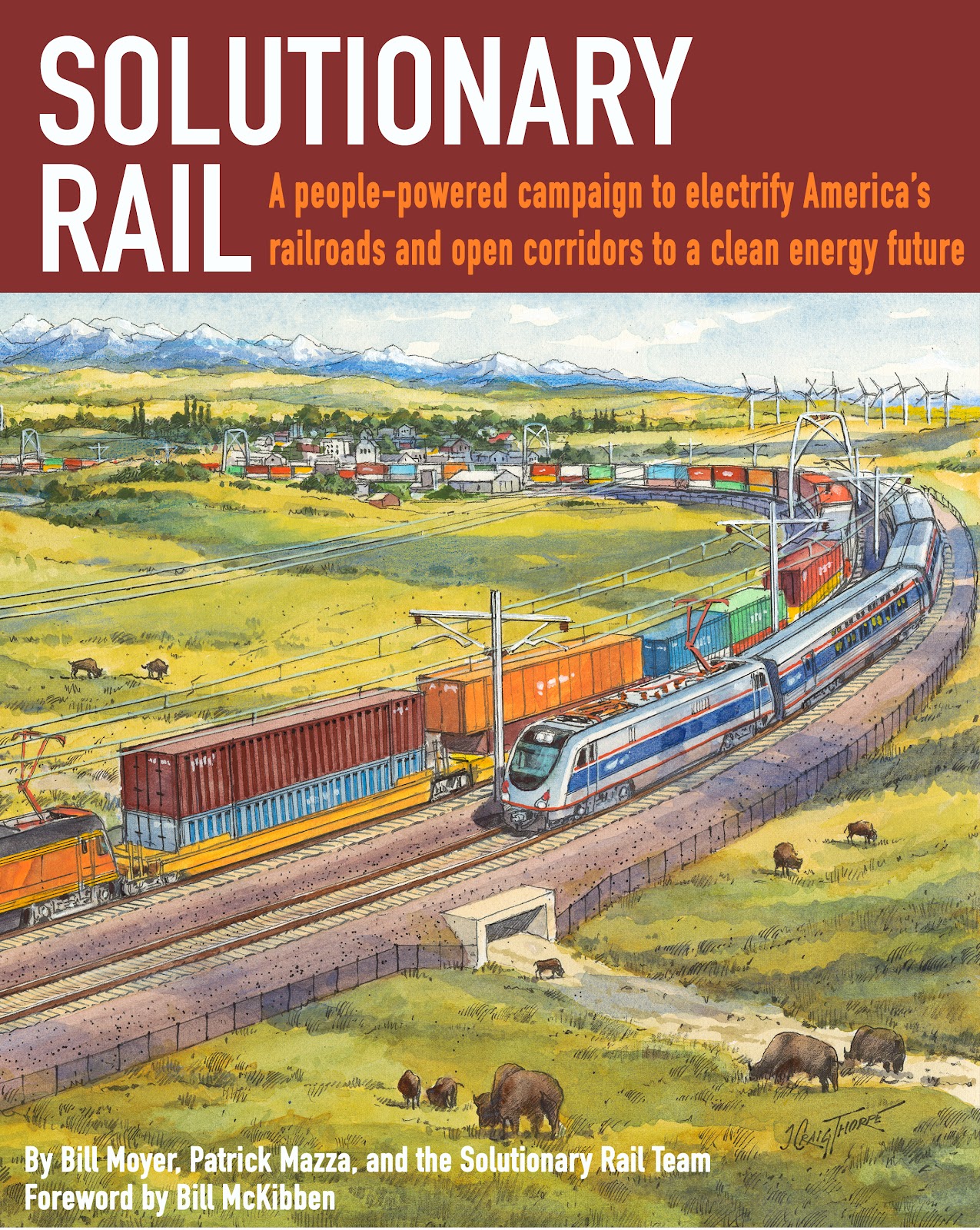