Electrify the Rail System for a Just Transition from Fossil Fuels

[by the Solutionary Rail Team (First published as Op-ed at Truth-Out, May 12, 2016] In 2013, the Backbone Campaign drew together a national team of rail experts, economists and public interest advocates to develop a proposal that would address the dependence of rail on bulk coal and increasing bulk shale and tar sands oil shipments. Motivated by concerns ranging from climate disruption to public health and safety threats caused by the cargo, the goal was to provide new economic options for rail and rail workers that would reduce reliance on fossil fuel transportation, and make rail itself an engine to build an economy based on clean, renewable energy. The resulting proposal is called Solutionary Rail.] 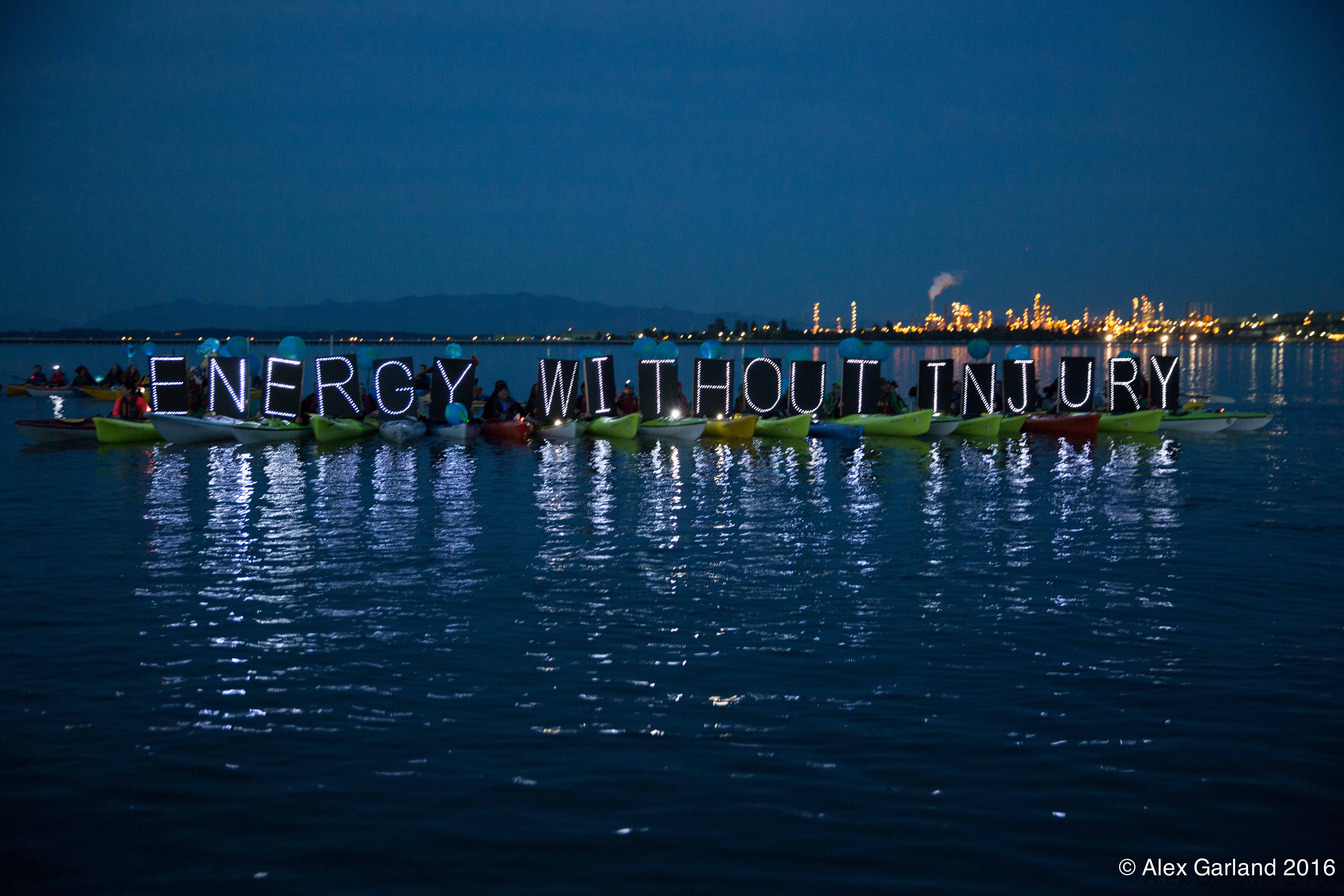 Rail workers sit at home on indefinite furlough while locomotive fleets sit idle in remote switchyards. An industry that was recently riding high, carrying massive bulk shipments of coal and oil to feed a world addicted to its payload, is now itself suffering symptoms of withdrawal. Rail has been addicted to coal transport since the creation of the publicly funded Interstate Highway System, pushed by Big Oil and the auto industry, undermined its high-value freight and passenger service.  Now the world's biggest coal companies have declared bankruptcy and many high-cost oil shale and tar sands operations are shuttering. The coal and oil setbacks are not all good news for the environment. Fracked gas is, in many cases, replacing coal, while itself threatening water tables and the climate.

Low oil prices a product of international political manipulation and the casino economy are certainly part of the problem. But whatever the causes, rail's troubles underscore how the boom-and-bust cycles of the fossil fuel economy batter the industry. Its loyal workers, the "rails," are those who suffer the most. Over the first quarter of 2016, BNSF Railway laid off 10 percent of its workforce. A company spokesperson attributed layoffs to declining coal and oil shipments.  This is an opportune moment to forward the idea of a just transition for both rail and fossil fuel industry workers -- away from job dependence on extreme extraction and transport, and toward a sustainable, clean energy economy.

Fortunately, few industries are as positioned to lead a just transition to clean, renewable energy as the railroads.  Already the most efficient form of ground transportation, rail has an unparalleled capacity to provide clean freight and passenger mobility. Unlike other forms of heavy, long-haul transportation such as ships, planes and semi trucks,rail can be electrified, and electricity is increasingly coming from clean sources such as sun and wind. As the United Steelworkers said in its just transition resolution, "a clean energy job is any job that helps our nation achieve our goals of reducing greenhouse gas emissions and protecting our environment." All rail jobs can be clean energy jobs.

In 2013, the Backbone Campaign drew together a national team of rail experts, economists and public interest advocates to develop a proposal that would address the dependence of rail on bulk coal and increasing bulk shale and tar sands oil shipments. Motivated by concerns ranging from climate disruption to public health and safety threats caused by the cargo, the goal was to provide new economic options for rail and rail workers that would reduce reliance on fossil fuel transportation, and make rail itself an engine to build an economy based on clean, renewable energy. The resulting proposal is called Solutionary Rail.

Solutionary Rail envisions railroad electrification with renewable energy accomplished in conjunction with a campaign of track modernization. This will bring to the US the reliable, electrified, higher-speed service now common on public railroads in countries from Europe to Asia. Such service can draw significant portions of freight and passenger service lost to highways and aviation back to railroads, revitalize communities along the tracks and make sure farmers can ship their crops to market in a timely manner. Re-centering the role of rail in the American transportation system is critical to reducing dependence on fossil fuels, which creates economic instability, fouls our environment, endangers our communities and disrupts our climate.

Electrified rail can be an engine for moving the economy as a whole beyond reliance on fossil fuels. Not only will railroads provide new demand for renewable energy, they can also help increase the supply. Electrification infrastructure will require high-voltage transmission that can carry energy beyond rail requirements. Railroad corridors could serve as electricity superhighways transmitting wind and solar energy from remote rural areas tometropolitan markets. With assured markets, utilities large and small could obtain renewable energy project financingfor that is currently unavailable. This could unleash massive untapped potential, such as Great Plains wind now stranded by insufficient transmission. Rural co-ops and tribal utilities in remote sun- and wind-rich regions especially stand to benefit. Linking renewable energy generation across diverse geographies would overcome the major challenge facing variable solar and wind sources; it would make overall production more predictable and reliable.

Solutionary Rail would jumpstart US rail electrification with a demonstration on the BNSF Northern Transcon linefrom Seattle to Chicago. This is a major systems transformation that will require a large investment of public capital. It is more than any railroad company can do on its own. We propose that states along the lines jointly create a public financing mechanism, the Steel Interstate Development Authority. It would leverage the ability of public agencies toraise low-cost public capital, and invest in rail electrification in partnership with railroads. Electrification infrastructure and potentially some tracks would be publicly owned. This would begin to restore the commons to our economy and society, reversing the privatization trend that has caused so much damage over recent decades.

A Northern Transcon demonstration will require a broad alliance, including BNSF and its owner, Warren Buffett, governors and legislators of Northern Corridor states, railway workers, corridor communities, agricultural interests, ports, major industries and shippers. A fair deal for workers is an important foundation for securing public participation. Solutionary Rail's concept to jumpstart Northern Corridor rail electrification would provide phenomenal benefits to BNSF. It is fair that in return, BNSF and Warren Buffett build a new social contract with railroad workers as a model for improved labor relations across the United States. A fair deal for rail labor is an integral element of the Solutionary Rail vision. It can also help begin rebuilding the battered middle class.

Rail enthusiasts and "rails," the name by which rail workers describe themselves, recall a more vibrant time when loved and thriving railroads served as the circulatory system for vibrant communities with strong local economies. Cities and towns on and near rail lines could rely on rail service to access the world, to transport people and productsto and from their regions. Much of the US, in fact, grew on and around rail lines. Communities hotly contested with one another to draw rail service, knowing their future depended on it. With Solutionary Rail, these days can return.

For the hard working people who keep the trains rolling, we celebrate the tradition from which they hail, and identify a public interest in their well-being and the sustainability of their vocation. For farmers, utilities, tribes and rail communities large and small, electrified and modernized railroads can be a source of renewal and vitality. Solutionary Rail charts a path forward to revitalize this infrastructural treasure. Solutionary Rail helps the rail industry pivot from being part of the problem to become a fundamental source of economic, social and climate solutions in communities and a world that urgently need them. 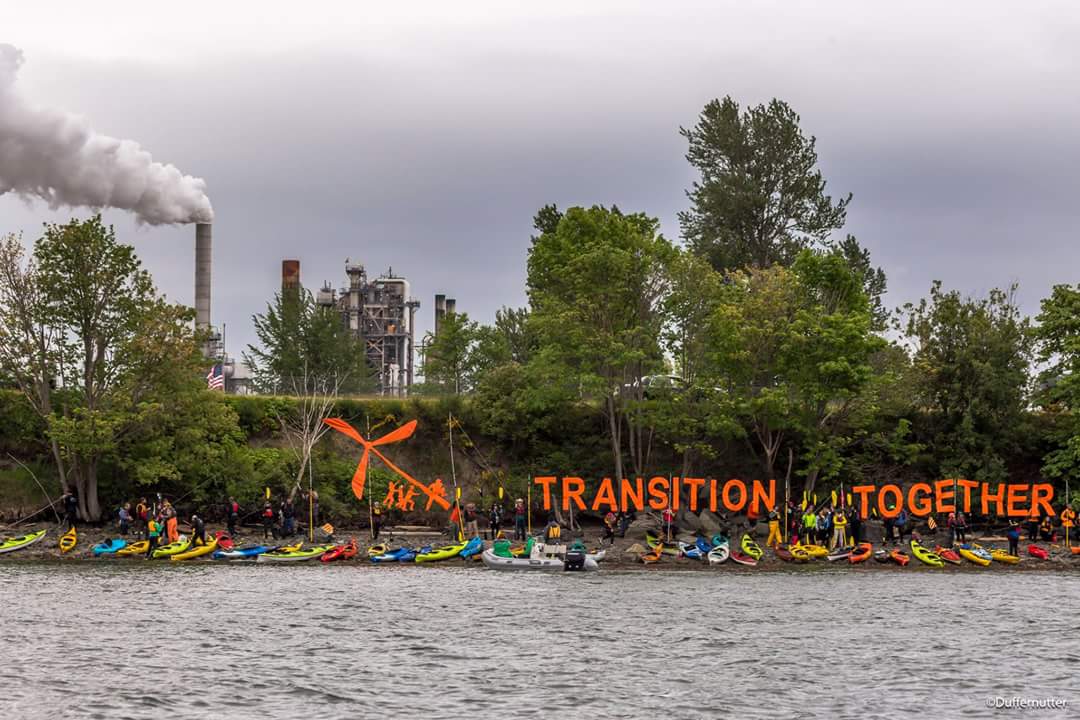