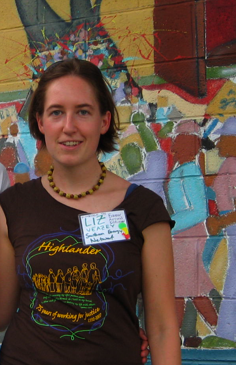 At Solutionary Rail, our work toward building a holistic, just and green network of transportation systems involves a recognition of ever-worsening economic trends for most U.S. residents - as covered last week on the front page of The New York Times, Bull Market Hits a Milestone: 3,453 Days. Most Americans Aren’t at the Party - and exploring solutions that decarbonize energy use, eliminate diesel pollution in communities nationwide, democratize the U.S. economy, effectively address climate change, dovetailing with our Solutionary Rail approach to transportation.

One innovation designed to bring fairness and much-needed financial relief to people in the U.S. is the expansion of worker-owned and customer-owned cooperatives, as recently explained in the Harvard Business Review: Why the U.S. Needs more Worker-Owned Companies.

This approach is also generating economic opportunity outside our country. For their New Economy platform, the U.K.’s revamped and influential Labour Party is shining a spotlight on what they call The Preston Model, a story of an English city whose economy is on the rebound, thanks to a consultancy with U.S.- based Democracy Collaborative, the group that created Cleveland, Ohio’s successful Evergreen Cooperatives.

About Liz Veazey: Liz Veazey is excited to be building on 15 years of clean energy and social justice work in her role as the Network Director at We Own It. We Own It is a new, independent, national member-owner movement that helps with organizing, outreach and education. Liz’s experience includes launching and leading a regional and a multi-national organization, as well as experience on the board of an 80-year-old social justice organization and a young multi-modal transportation advocacy group. As Network Director, she’s supporting We Own It’s Cooperative Energy Democracy Fellowship program, webinars, information and resource sharing to support our national network of folks organizing member-owners to democratize their rural electric cooperatives.

In the summer of 2016, she was elected as the Rural Caucus member on the RE-AMP Steering Committee; she was re-elected in 2017 and now serves on the Executive Committee. In 2004, she co-founded the Energy Action Coalition now the Power Shift Network, and is currently co-chair of PSN’s board. She’s also on the board of a local multi-modal transportation advocacy group where she lives in Omaha, NE with her husband and 5 chickens. From 2009-2014, she served on the board of the Highlander Center in Tennessee. She’s an active customer-owner of Omaha Public Power District.