"Solutionary Perspectives" is a video podcast series hosted by Bill Moyer and Diane Wittner, examining the perspectives of Solutionary Rail allies and stakeholders.

Here's our conversation with Ron Kaminkow of Railroad Workers United (RWU) about the history of railroad unions, their fight against hazards such as crew fatigue and single-person crews, and their essential role in a just transition to a sustainable transportation and clean energy economy.

Ron Kaminkow is a contributor to the Solutionary Rail book and has advised our project since its beginnings. [An excerpt from the book is below.] Railroad Workers United (RWU) has been a key ally along the way, including as a co-producer of two conferences on the Future of Rail, workers, communities, safety and the environment in Richmond, CA and Olympia, WA in spring of 2015. 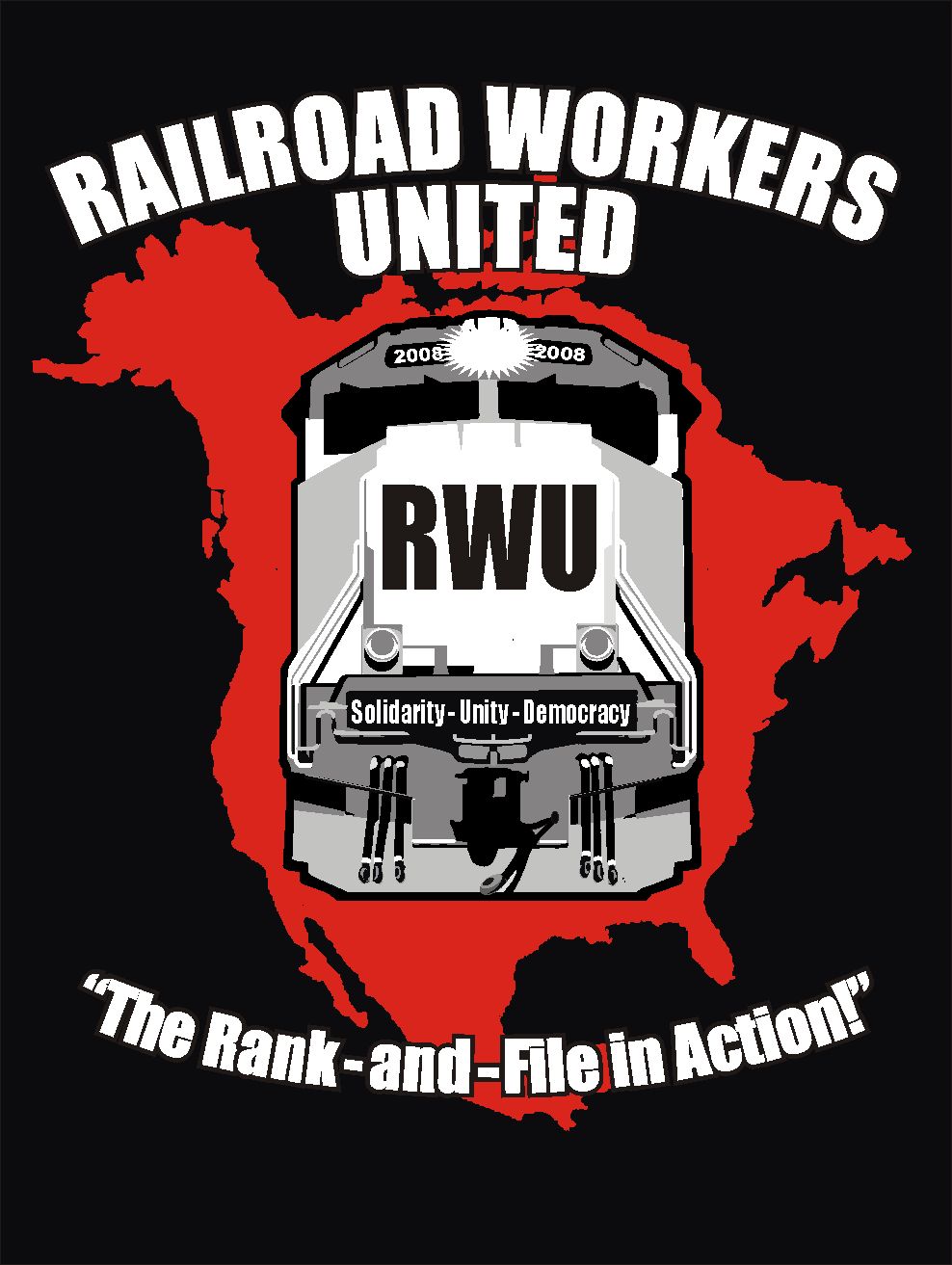 *We experienced some technical difficulties during this interview, and as a result lost audio for a few seconds at the 3:03, 9:03, and 14:45 time marks. We apologize for the interruptions. Audio resumes shortly (See countdown in bottom left corner). 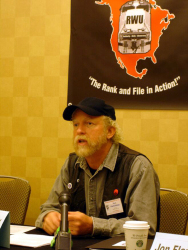 "I’ve worked in the railroad industry nearly 20 years. I started in freight. Now I work in passenger service, which gives me a more tenable schedule. Demanding work schedules are typical on US railroads, but this problem is most acute in the freight industry. In fact, most freight railroaders don’t have any set schedule at all.

"Generally, freight trains have a two-person crew: an engineer and a conductor. Rail carriers are trying to eliminate one of these positions. Both get a call, usually two hours before scheduled on-duty time. You’re expected to be rested, sober, and ready to take that call, day or night, and report to the on-duty location within two hours, and be ready to work for up to 12 hours.

"The call could come at midnight tonight, then 3 pm the next day, 8 am after that. Back and forth across the railroad, never knowing when you’ll be called, when you’ll finish, how many hours you can rest, or when you’ll return home. You’re working and resting around the clock; it’s completely unscheduled. Throughout the 20th century they could work you to death and they did.

"In 2012, the Rail Safety Improvement Act mandated 10 hours of undisturbed rest between tours-of-duty, and three days off after working six. That’s actually a bit of an improvement, but chronic fatigue continues to be a central aspect of railroad life. If you work twelve hours and get ten off, day after day, it’s easy to get exhausted.  Being fatigued is like being intoxicated. The railroad is dead set against being inebriated on the job, but when it comes to being fatigued, they show no concern. They won’t even acknowledge that fatigue is a hazard!

"Railroad companies want you to believe they’re interested in safety. When they say “all accidents and injuries are avoidable” they mean “if you get hurt, it’s your fault.” From the company’s perspective, accidents and injuries are the result of workers’ behaviors. Workers know they’re caused by hazards like fatigue, short staffing, task overload, excessively long and heavy trains, poor lighting, uneven walking surfaces, and faulty equipment. If we’re concerned about safety these hazards must be eliminated. The railroad won’t talk about hazards; they resort to words like “barriers” to avoid the terminology. The railroad shifts the blame for accidents and injuries from the carrier to the workforce, from hazards to behaviors. They blame worker behavior for every accident.

"Three railroaders were killed in Longview, Washington in 2011. They were riding in a van and the van was hit by a train; two were killed, one was permanently maimed. The van driver was also killed. This was a heavily used crossing with trains going through at 60 or 70 mph, seventy trains a day. It’s a private crossing owned by BNSF, and they left it completely unprotected: no bells, no lights, no gates, not even a whistle board so to locomotive engineers would blow the horn. The van driver was a contract worker. The railroad contracts out these jobs to save on wages, benefits, and liability. The rail company doesn’t own the van, the driver isn’t a railroad employee, so the railroad claims it’s not responsible. BNSF actually blamed the crew riding in the van!

"Many times I’ve felt at risk when over-worked to the point of exhaustion. In 1999 I was at the terminal in Chicago. I’d put myself “off-duty,” and was on my rest. I had ten hours coming to me and had planned my sleep accordingly. Late that night there was a derailment near Toledo, so the railroad declared “an emergency” which voided our union agreement about rest time. This should not have applied to workers already off-duty. But the phone rang at 2 AM. “You have me mistaken for someone else,” I said, “and you’ve now broken my rest.” I was ordered to report for duty, unfit or not. The conductor and I had a difficult trip out of Chicago, leaving before dawn. We were both very tired and found it almost impossible to stay awake, as a result of the company reneging on our agreement. It’s just one example among millions: a rail company talks safety, but routinely puts its workers in harm’s way."