Voice of Vashon - Small Talk Segment: Solutionary Rail and the use of Railroads in the USA Interview on the Brown Briefly Show, December 27, 2022

Lewiston Morning Tribune - Investing in Rail Now Could Save Money and Salmon Op-Ed by Bill Moyer and Nick Gerhardt, November 27, 2022

AJOT - STB’S Oberman says US railroads reduced service, raised rates and derived $191 billion in dividends and buybacks since 2010  by Stas Margaronis (Not about Solutionary Rail, but directly related.)

Railway Age - "Can we please be honest here?"  by Matthew Parker (Not about Solutionary Rail, but directly related.)

Daily Kos - Why we can't have the railroads we need to save the planet. We're looking at you, Wall Street - by Larry Roth, August 10, 2021

KPFA Radio in Berkeley - Behind the News: A Program for Reviving Railroads - interview by Doug Henwood, April 22, 2021

Medium - There's a right track and a wrong track for the future of Washington state rail - by Thomas White and Bill Moyer, March 10, 2021

Davis Enterprise - Per Capita Davis: When innovation goes off the rails - by John Mott-Smith, October 21, 2020

Adirondack Almanack - Viewpoint: Tearing Out Railroads Is Not Progress, by Larry Roth, January 8, 2020

The Olympian - Get behind Solutionary Rail, which would be good for climate, workers, communities, by Glen Anderson, November 28, 2019

Environment and Energy Study Institute - Electrification of U.S. Railways: Pie in the Sky, or Realistic Goal?  by Richard Nunno, May 30 2018

The Architects Newspaper reference to Solutionary Rail as a way of thinking about infrastructure.  $647 million in federal funds for Caltrain electrification approved, By Antonio Pacheco, May 26, 2017 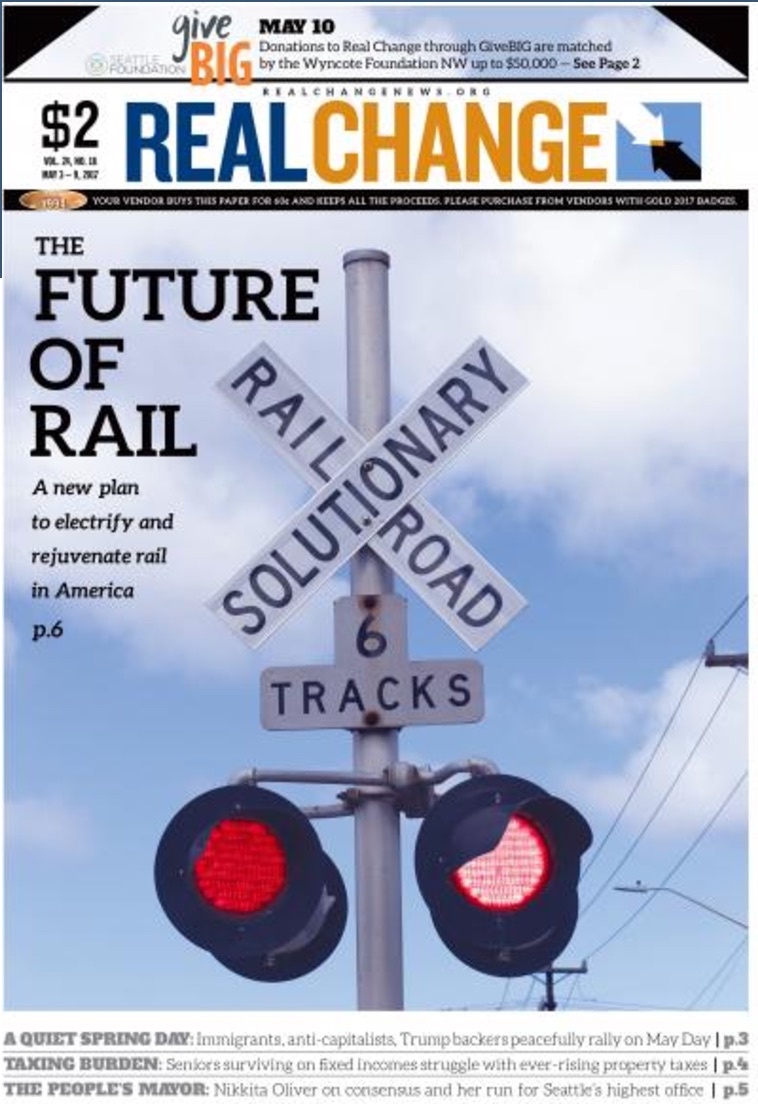 Speak Up! Speak Out! radio interview

Grist OpEd: How we can turn railroads into a climate solution,By Patrick Mazza, March 13, 2017