Solutionary Rail Team and guest Dr. Kenneth Casavant, Director of the Freight Policy Transportation Institute at WSU discussed agricultural transport and the Solutionary Rail proposal as a solution for farmers' need to move grain and perishables. 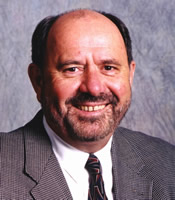 Dr. Casavant spoke about the potential of the Camas Prairie Railroad in Eastern Washington, and the impact of removing the dams on the Lower Snake River.  Ken is studying Grain Train and existing precendent, while conducting alliance building among rural commerce, farmers and the Inland Empire.

Breaching of the dams on the Lower Snake River is gaining support among Northwest elected officials. We learned it could actually be a win-win for farmers, fishers, conservationists, and railroad workers. For instance, Pacific Northwest salmon traveling inland to spawn, in large numbers, play a central role in the health of the land - trees, forests and soil. Healthy soil helps farmers grow better produce.